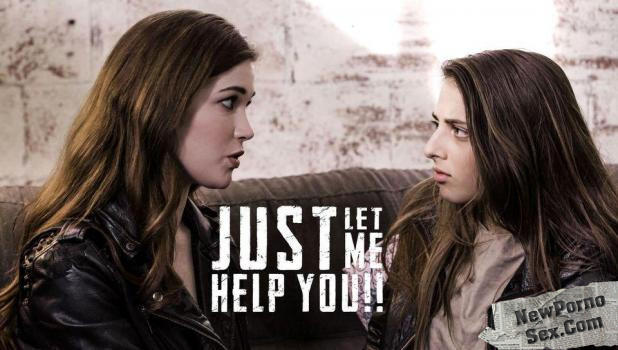 Gia Derza & Evelyn Claire - Just Let Me Help You
Released: May 13, 2021 Megan (Gia Derza) and Aliyah (Evelyn Claire) haven't had an easy life. They're best friends trying to make it out on the streets after being kicked out of their homes. Left to fend for themselves, there are more bad days than good, but they both still daydream of a brighter future. Although everything seems bleak, they promise that they'll always be there for each other, which seems to give them both hope... But how long will that hope last? Two weeks later, Megan is freaking out. Aliyah left one day and never returned, which is absolutely not like her. Megan tried looking EVERYWHERE for her but there doesn't seem to be any trace of Aliyah. It seems like no one really cares enough to go out of their way to help either, which only terrifies her even more. One such person is a shelter worker named Judy, who has helped them in the past. But when Megan begs for her help, it's like talking to a brick wall. No matter how much she begs, she can't seem to get Judy to see how serious the situation is. Once again, she's truly reminded of how Aliyah is the ONLY person she can rely on... and she feels like she's letting Aliyah down by not finding her when she could be in trouble. Almost all hope is lost... until Aliyah one day returns out of the blue. Megan is stunned as they tearfully reunite, although her world is yet again turned upside down when Aliyah reveals where she's been all this time -- Aliyah found herself a sugar mama who takes care of ALL of her needs. Now that Aliyah has enough of a rapport with her sugar mama, she's come back to make sure that Megan's taken care of as well, which has been the plan all along. But instead of being happy, Megan is horrified and disgusted about Aliyah having stooped so low. No matter how much Aliyah tries to convince her that this is an opportunity they can't pass up, Megan doesn't want anything to do with it. That's when Aliyah's demeanor changes as she reminds Megan that she did everything for THEM. Now that Megan's being ridiculously selfish and ignorant, maybe it's time for them to part ways once and for all. Megan now has an important decision to make: will she hold onto her pride or risk losing Aliyah for real this time? PureTaboo.21.05.13.Gia.Derza.And.Evelyn.Claire.Just.Let.Me.Help.You.XXX.1080p.mp4
Size: 1489 MB | Duration: 43 min | Video: 1920x1080, 4856 kbits/s, 23.98 FPS | Audio: 44100 Hz, ‎192 kbits/s