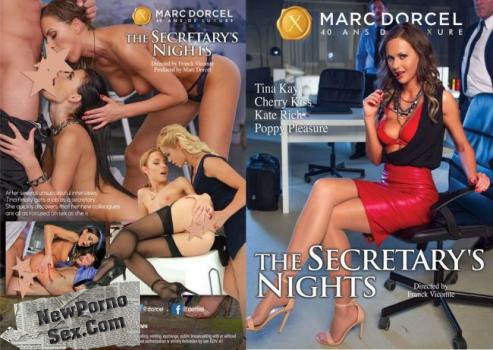 The Secretary’s Nights / Les Nuits De La Secretaire
Tina likes to go out, party and above all, meet men to satisfy her true passion: sex. After a night a little too intense with a stranger she met in a private club, Tina forgets once again to get up to go to work. She is not that surprised when her boss fires her. After several unsuccessful interviews, she finally lands a job as secretary. She quickly discovers that under their strict attire, their fine lingerie and their high heels, her new colleagues are all as focused on sex as she is. Lets just say that Vince, her new boss, strongly encourages his employees to have sex, whether at their place of work or during professional meetings